Hello, and welcome to Of Stories and Dreams!

Sorry about missing a couple of updates, I won't bore you with the details.

Let's get right back on track!

This week's webcomic is:


The tale of a very peculiar temp agency.

Men SO MANLY they cannot fit into normal society after the day's done. 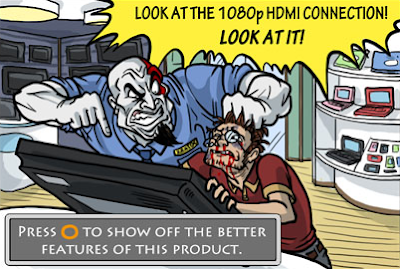 Joining him are the failed pokémon trainer, Jarred Kowalski


And together they fight crime! they try and make sure that the overly manly people can get back into society without feeling they aren't being manly enough.

Manly Guys Doing Manly Things is a gag-a-day webcomic most of the time with the occasional story arc, almost always dealing with some stupidly manly character being pulled back into shape by these three (mostly the Commander though).

Guests have been The Punisher, Judge Dredd, Kratos, Raiden...

It's a hilarious geekfest.

If you don't go read it, you're missing out on an a hilarious webcomic.

Just don't say the word "epic". You'll have to put coins into the epic jar.

Sorry for the short post, getting back into the hang of things.


Thanks for reading, and see you next time!
Posted by enistoja at 01:17