Another day, another Game

Do forgive me for writing these later and later at night. I just can't seem to hold a schedule.

But let's forget about that. Today, let's talk about a fantastic work, a game known as

An action RPG game, it stands appart from the rest by virtue of having a unique gameplay: The "Scan" screen, where you can touch the red symbols to fight enemies 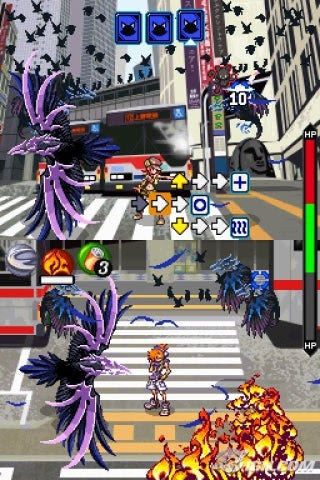 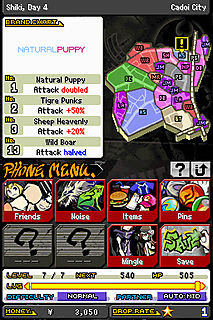 The yellow bar at the bottom can be slid to change the player's level, and the Difficulty button changes the total HP, attack and endurance of enemies Each attack has its own XP bar, and their own tricks for maxing level or evolving into new attacks

As you can see, the gameplay is quite unique.

And this is just the beginning.

Set in the Shibuya district of Tokyo, Japan; the game follows the main character, Neku Sakuraba, as he is involved in something known as the Reaper's Game (or simply The Game), where he is to compete against other Players and try and complete missions every day, and after seven days, the top ranking player is rewarded... 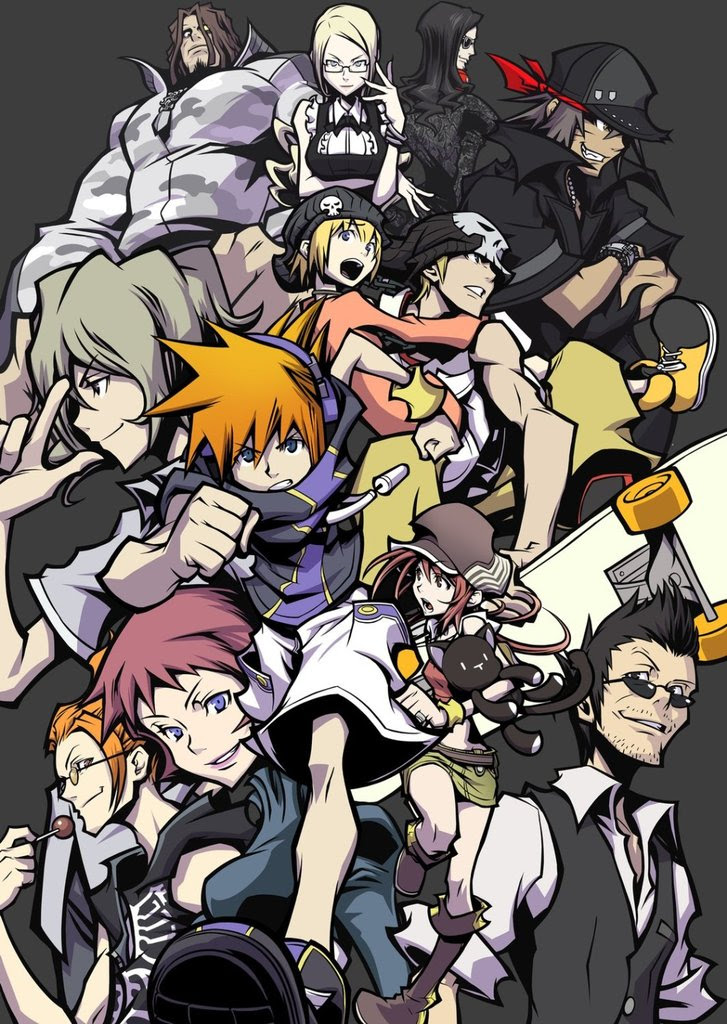 With a wide plethora of characters, each with their own quirks, personalities and agendas, Neku will have his hands full trying to figure out why his memory has been erased, why he is participating in this game, and what the stakes are if he loses.

Onto another aspect, the soundtrack is made up entirely of Jpop and Jrock songs peppered with some rap tracks, along with some chiptunes for the minigames. While truly sometimes the music won't fit the frantic battles ahead, it is something to be beheld.

This game will keep you busy for a while, and keep you returning for more!

Personally, I haven't played the iOS port of the game, but I've heard good things. The original DS version is gorgeous as well, so you have no reason to give this game a miss!

EDIT:
I have played the iOS port now, and it is much easier than the original DS version. Some attacks work differently, the minigame is a little more fun and varied, and is much more accessible than the original (You only control Neku with taps and drags, as opposed to having to focus on two screens). Recommended! It also has an expanded soundtrack, with some songs being forced to play in certain times, so music fits better with the intensity of the battle!

For a game that follows a similar story, where the main character is contained in one of the areas of Tokyo, albeit with entirely different story and gameplay style, try

That is all for now. Keep on dreaming, and see you next week!

This is my gushing area.

Allow me to post my favourite character in the game, a math savant and all-around evil genius. Find out more about him in the game! 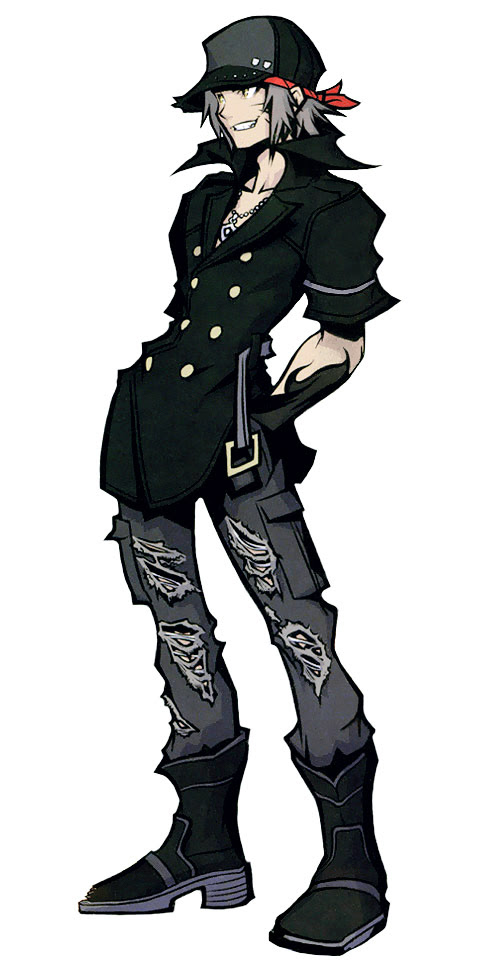