This week I had two games set up but upon remembering an app that has helped me (start to) work out, I decided it needed to be talked about. 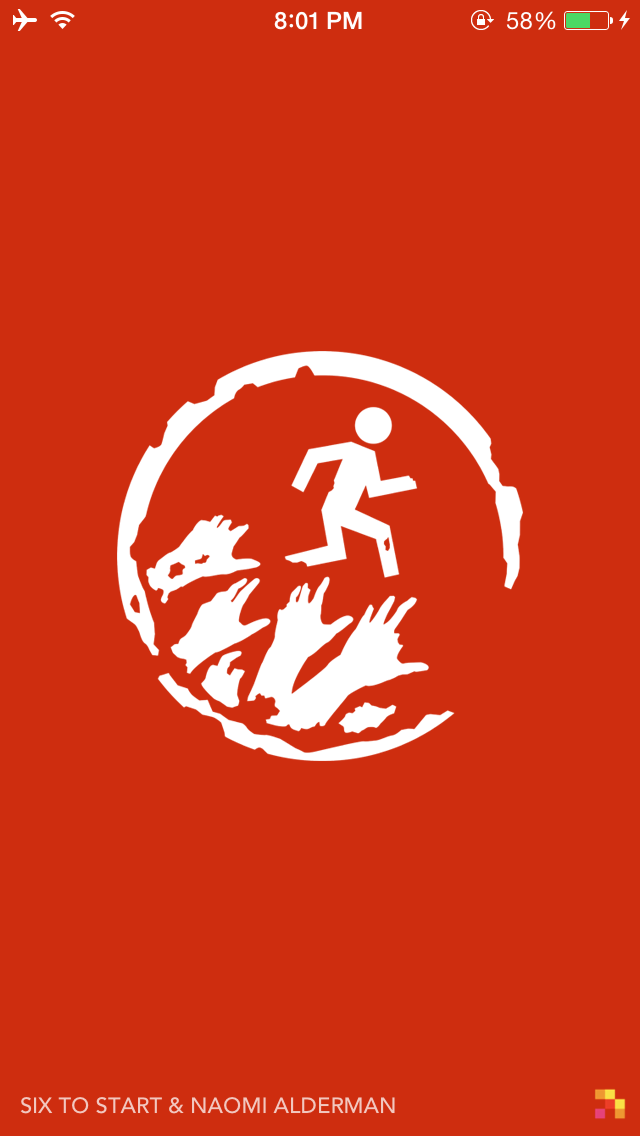 Zombies, Run! is an app for iOS and Google Play, developed by Six to Start and Naomi Alderman, is a fitness app.

Now, before I lose all of you, hear me out here.

This isn't just a zombie moans player to keep you interested. It is a radio play, mini-sim city AND fitness app.


The way this works is that you plug in your headphones, set up music to run to (the app accesses your music library on your device, and can either play all songs or a dedicated playlist), tell the app to use GPS or act like a pedometer, and start jogging.

The audio works in that you get a two-to-three minute narration, three-to-six minutes of music, repeat. During the music, if you've enabled chases, you might "encounter" zombies, which require you to increase your pace to outrun them. If you fail, zombies will catch up to you and you'll lose resources that you can use in your base.

The resources are where the mini-sim city comes in. Each mission awards you tools and resources that allow you to improve Abel Township, your home base. Tools are one-per-mission on the first season, with limited amount, and season two-onwards will allow you to get one tool per time you complete a mission, even on repeats. Resources are items you "pick up" while running.

Now, for the story.

It starts simple enough. Zombie apocalypse has happened, survivors have started to organize. You were sent from a nearby military base to Abel Township, but on your way an unknown person knocks down your chopper with a rocket launcher.

After making your way to Abel, you settle in and from that point on, it becomes your job to go on runs to find anything that might be useful (hence your title of Runner 5). Whatever you pick up translates to resources in the game, and can be anything from functioning cellphones to sports bras.

The story starts simple enough, with the higher ups in Abel sending you on runs, but slowly a deeper conspiracy is revealed, showing that the zombies might have been more planned than most people thought.

And if you don't want to go into the crazy deep end that is the main story, you can always just use Radio Mode, where you hear two of the post-apocalyptic citizens world run a radio station, make puns, jokes, tell their own stories and occasionally do their job of helping people survive.

Now, while you can just use the default settings and have each "mission" last for half an hour, or you can use the other modes, which are a bit more serious training. You can have Airdrop, in which you pick a destination on the map, and the purpose of the run is to go from that place an back, Supply which is running with no narration at all, Interval which helps you start toning yourself for longer races by having the app control your pace; and Race, which are actual length races with narration to keep you hooked.

I can't recommend this app enough. It has a VERY engaging story that will make you want to go on a half hour jog each day AT LEAST, the base building minigame is fun to plan for, and the runs really make you aware of how much you've progressed as you get more accustomed to jogging.

It is fun AND healthy, so it's a win all around.

Give it a try, and have fun!

I don't have any other fitness-related stories to share, but if you want another story about zombies that also pulls at heartstrings in most uncanny ways, I recommend you try TellTale Games's The Walking Dead.

I hope you give this app a try, and if you do, remember that you can link that app to the website for extra fun!

Stay safe, keep on Dreaming, and have a wonderful week!