In case of trouble, we were told where to go...

I would like to talk about an interesting game with beautiful art and curious narrative.

Get comfy and let's talk about 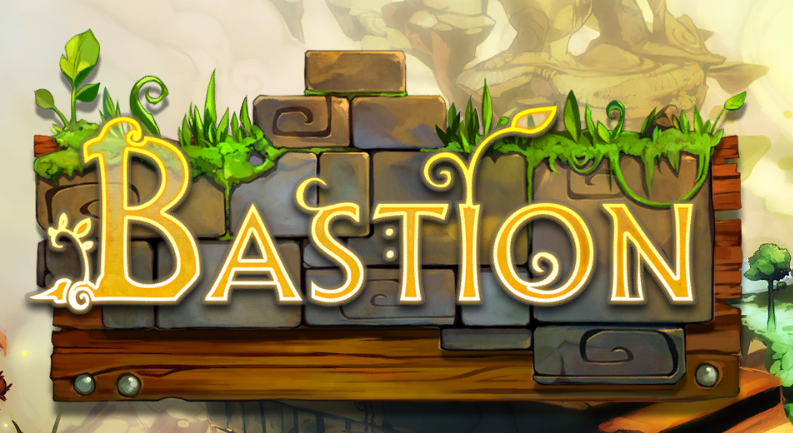 Bastion is a game developed by Supergiant Games and available for PC, Mac, XBOX360 as well as iOS (With gameplay changes for that last one so it fits better, or so I'm led to believe).

Bastion is an Action RPG, where you control The Kid, fighting through enemies to gain XP, get new gear, expand your base and steadily become stronger.

But let me tell you, what drew me in to this game first was the artwork. All backgrounds and platforms are hand-drawn, and while some pieces are reused here and there, each level has its own distinctive feel, and most large platforms are unique.

The music is also quite gorgeous, having an acoustic, otherworldly feel to it. Each theme is very recognizable, and some of the music pieces are sure to stick with you for quite a while after you've closed the game.

Last but not least, the writing. Each level is narrated interactively. That is, many of the actions you can take in each individual level trigger a different voice clip from the narrator. For instance, in the first level, after defeating the first enemy, should you get hit, the narrator will remark that the enemy "[...] got a piece of him, though", and the HUD will direct the player to a healing spot, but if the player defeats the enemy unscathed the narrator will instead say that "[...] some old scars still hurt", deal a little damage to the player, and once again direct them to the healing spot.

The variable narration helps immerse the player in the world, making them feel like it is actually their actions being narrated. The fact that the narrator has a deep, earthy voice doesn't detract from it either! 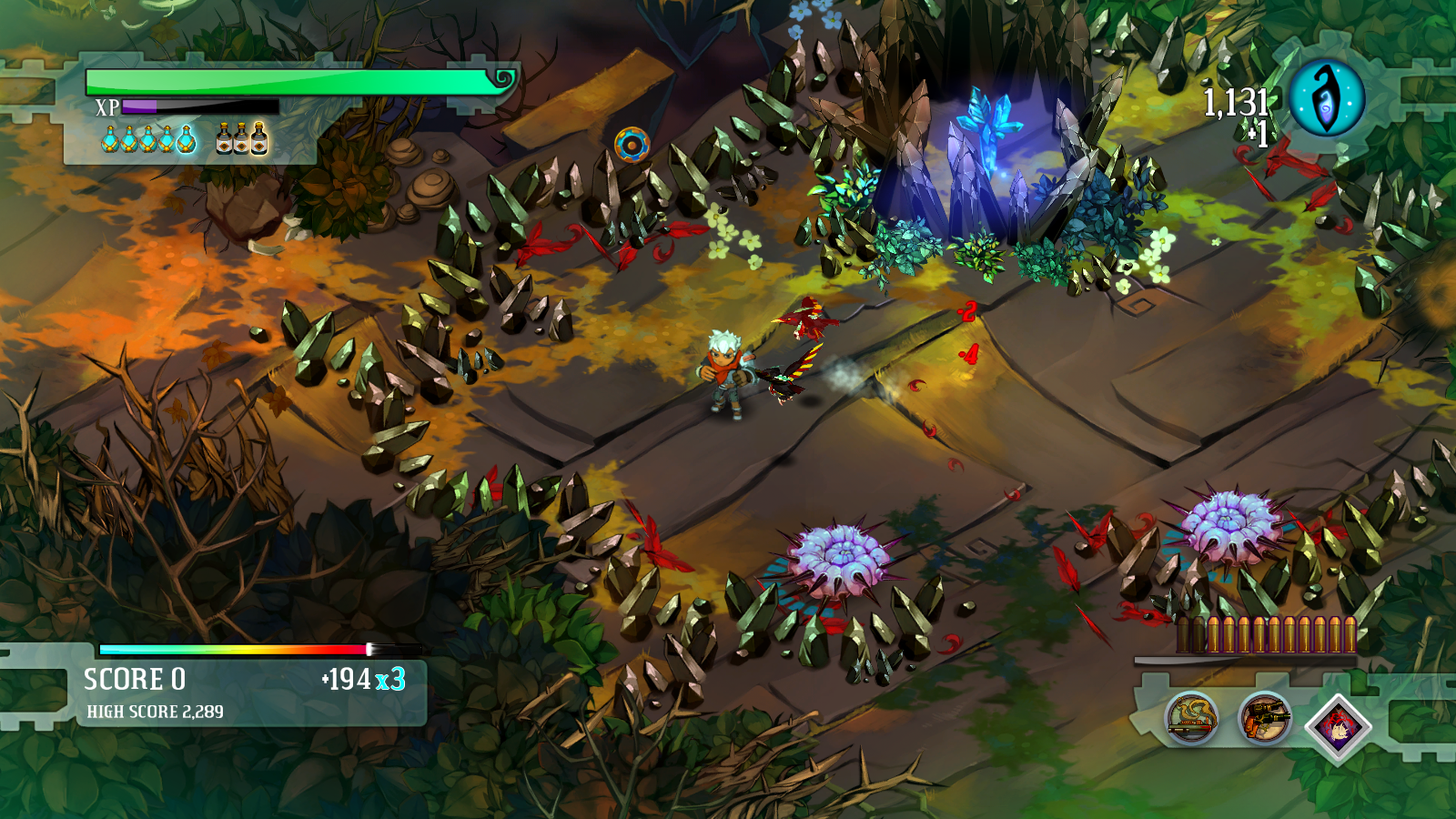 The game is basically a scramble to understand why the world has fallen into pieces, as well as to trying to piece back a hub for the survivors to come back to (The titular Bastion). The more you progress the more structures in the Bastion, allowing the player to customize how weapons work, as well as what boosts they get and what boosts the enemies get, allowing them to better suit their playstyle.

The game has a moderate length, but the high customizability gives this game a great replay value.

I can't recommend this game enough. From beautiful art to intense gameplay and intriguingly presented story, this is a game that you will not regret trying.

If you have the chance, don't worry about upgrades and just go through it for the beautiful sights and gripping story this game has to offer. You will not be disappointed!

Thank you very much for reading, and I hope to see you here next week!

Best wishes, and keep on dreaming!