A game about exploring caves until you reach the ending

You can also save where you left off.

Sorry for the delay, I had to take a plane and travel and UGH.

Plane travel is a pain.

ANYWAY let's get this last week's in, shall we?

Cave Story is a game developed by Daisuke Amaya, AKA Studio Pixel, originally released as freeware for PC but it has seen commercial releases through Steam, Wii and 3DS, along many other platforms.

One interesting thing about this game is that it was all developed by a single person. Art, gameplay, music, everything. At least in the original freeware version!

It is an action-platformer that revolves around exploration, acquiring new abilities to explore new paths and slowly working your way to the ending.

Yes, it is a metroidvania.

Starting in a small room, and slowly expanding to a most varied and beautifully crafted world, the exploration element is front and center.

The weapon system is quite curious as well. Each weapon has levels 1-3, and defeating enemies yields experience which levels up the weapon currently equipped. However, taking damage will lower the weapon's experience, potentially kicking it all the way back to level 1. It doesn't take long to recover the experience, but in a pinch and against many enemies, this system can make the game quite challenging.

Add to that mix the often imposing platforming challenges and you have a game that's going to have you playing for quite a while! 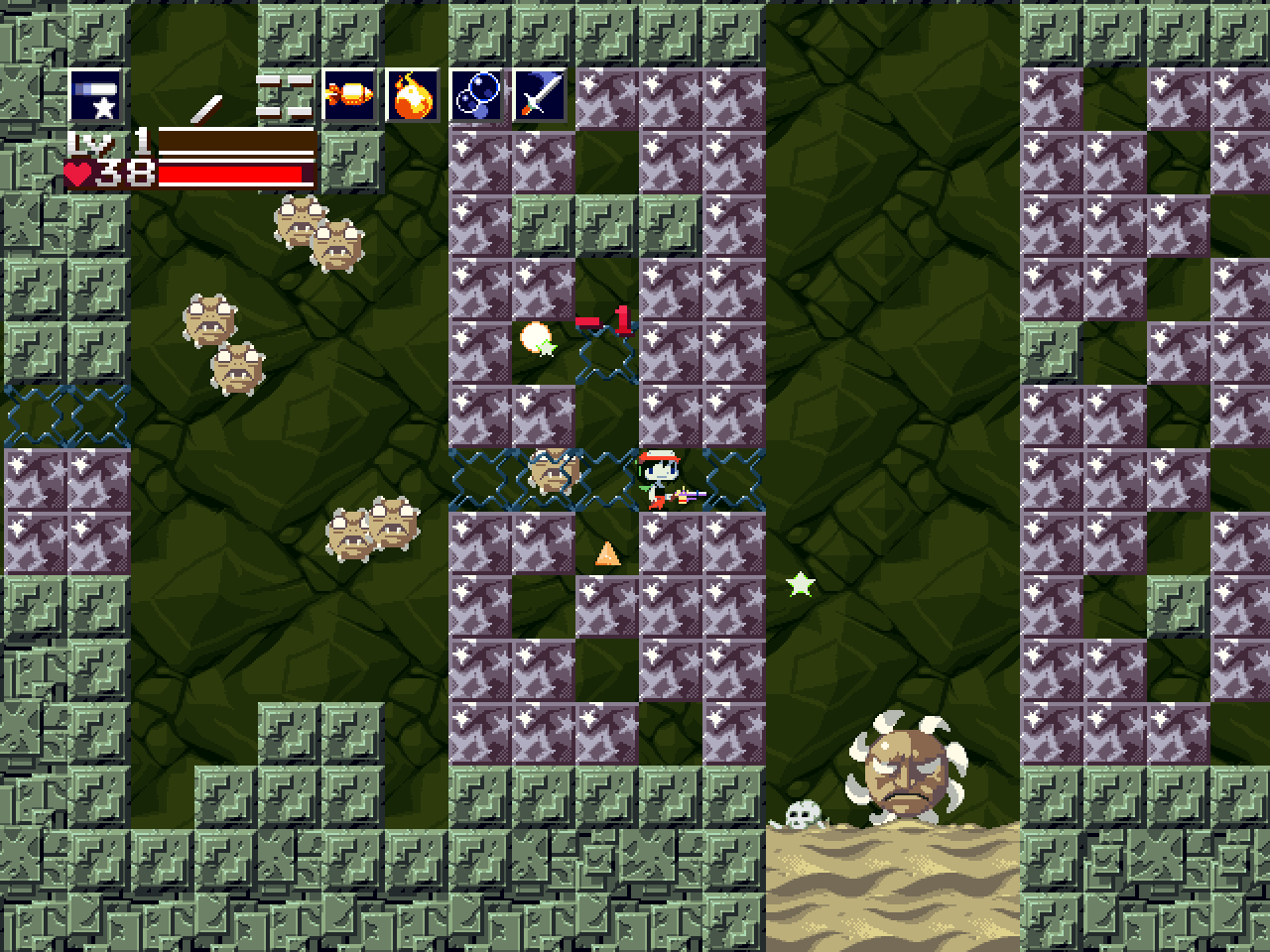 But it isn't just about the gameplay. This game has a very rich and intriguing story!

You wake up in a cave, bereft of memories, voice or context. After a short while you find yourself in a small town populated by cute hamster-rabbit-esque creatures known as mimiga. There, you learn that a man who calls himself the Doctor is kidnapping the mimigas for some nefarious purpose.

And it only gets bigger and better from there.

It is a good game, and while it is complicated, it never goes full-death mode on you until you've gotten well used to the controls, having a fairly gentle learning curve.

Cave Story has multiple endings, with some being rather easy to reach, and the final true ending requiring an ultimate test of your ability as a player, as well as some things that might not be completely intuitive throughout the game. The extra story you get for it, as well as the challenge itself, are completely worth it, though! 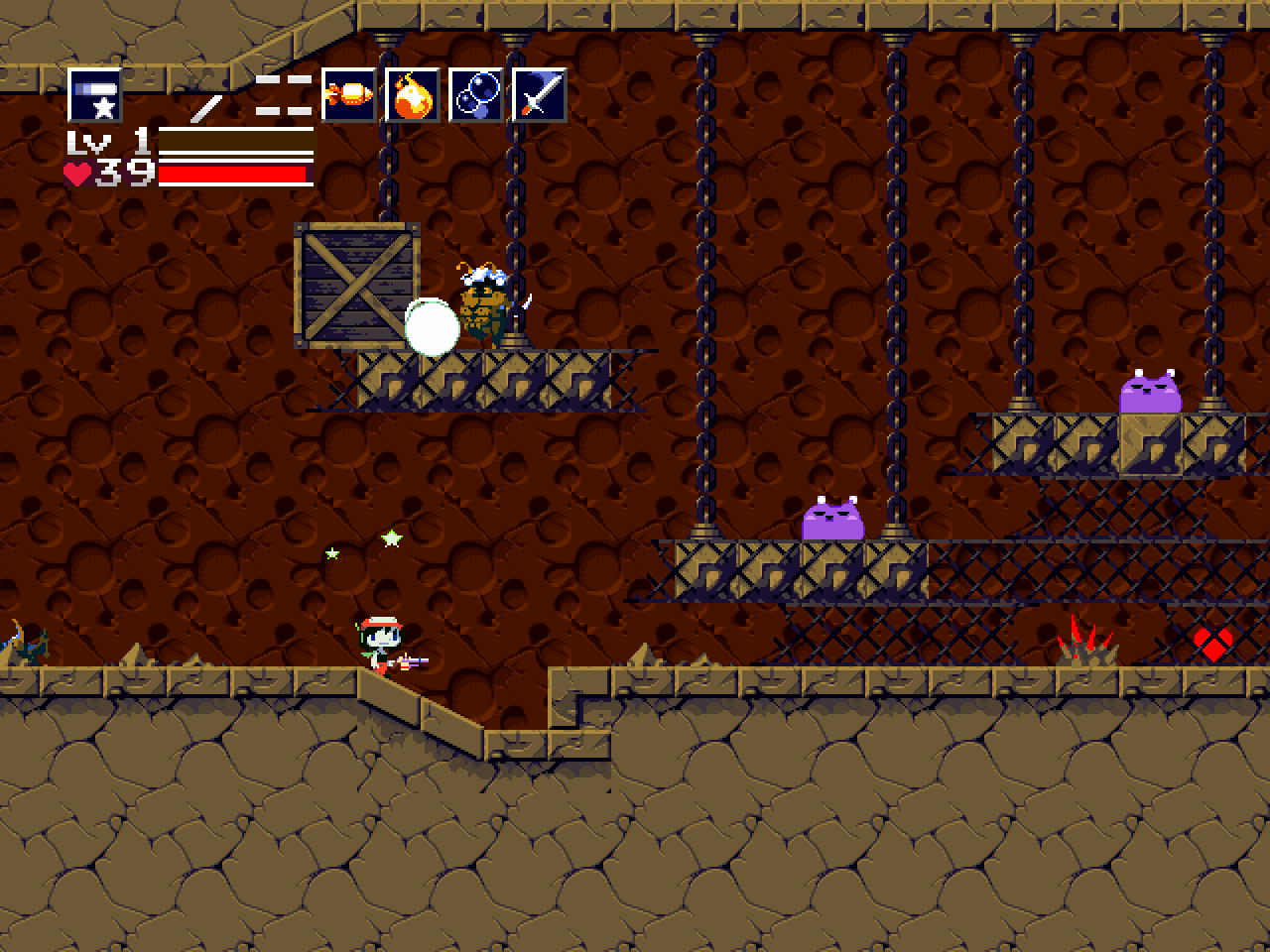 You can get the freeware version off the game's fansite, though if you want to support the developer you might want to get one of the pay-for copies, on any and all of the platforms it has been released for (I'll openly admit I have it on four different platforms, myself).

It is a game with endearing characters, a large world to explore, complex story and MANY hidden easter eggs and bonuses that give this game lots of replay value. Furthermore, the dev may have a sequel in the works!

Do give it a try, and let me know what you think!

I hope you're having a fantastic time, and keep on dreaming!