Take care of your heart

This week I want to talk about a game that I personally think is good, though I sense strong disagreement about it.

I'm going to trust my audience here, and I will talk about a visual novel. 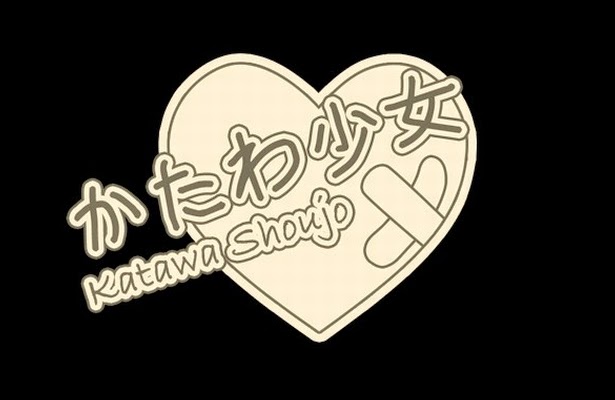 Yep, 4chan created a game about dating girls. It already sounds like a train wreck, doesn't it? 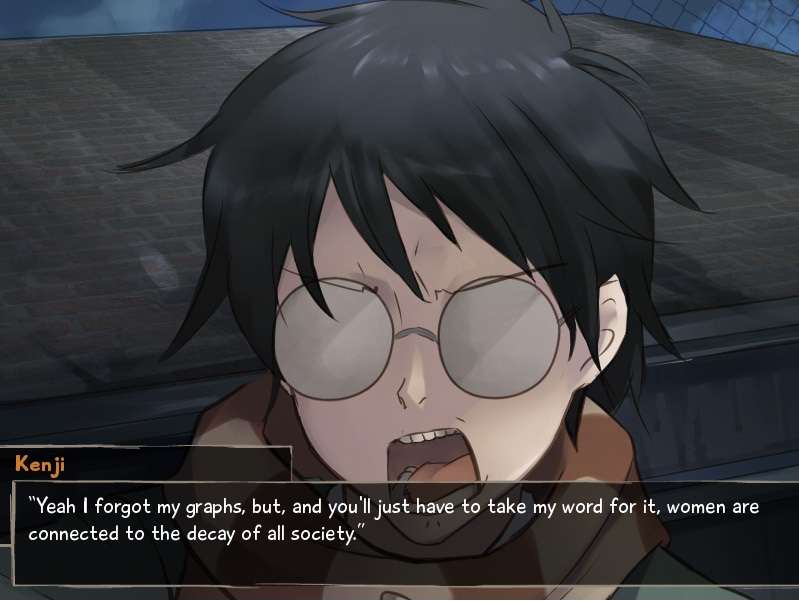 Surprisingly enough, this visual novel treats its characters respectfully (Yes, even Mr Crazy in this screenshot), develops them and gives them compelling backstories.

This story is about Hisao Nakai, a boy who lives a normal life until the moment he has a  heart attack, landing himself in hospital. After this his parents decide to send him to a boarding school for people with disabilities.

There, he finds that all students have one manner or other of disability, be it physical or mental, but other than having a hospital and facilities that accommodate for the more difficult cases, they all take classes and socialize like normal teenagers.

Yes, it just keeps sounding worse by the sentence, but hear me out. 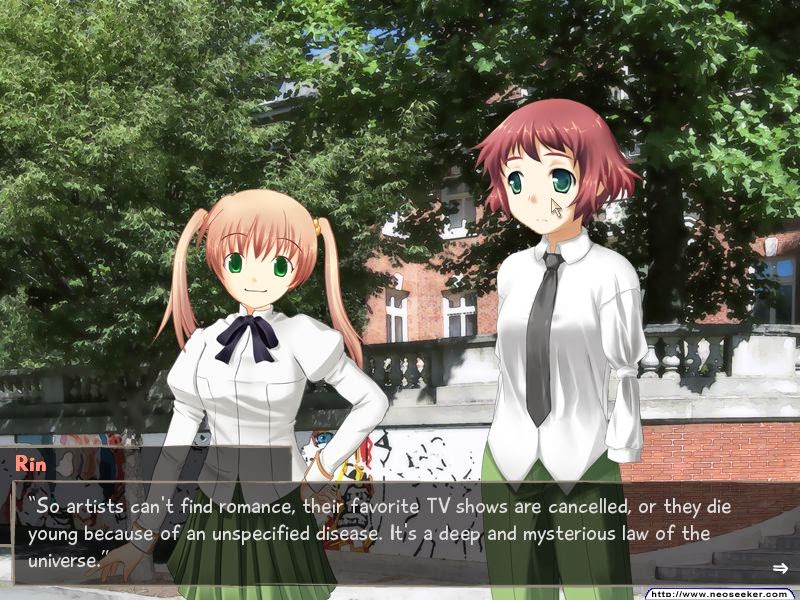 Hisao, upon arriving at the school and meeting people, feels out of place, feeling like he should be threading carefully so as to not offend any of his fellow students, worried that any offhand comment could make any of them get angry at him.

The visual novel makes a point of showing that no matter their condition, everyone is still a person, and that nothing should stop you from pursuing your dreams.

It is a beautiful story of strength and learning, and even when the player can land in multiple bad endings (like most choose-your-own-story type of entertainment does), it still finds a way to be a touching piece of work.

If you can, give this visual novel a try. It's certainly worth it.

That's it for this week's Of Stories and Dreams.

See you next time!