A machine that tells in obscure ways how you will die

This week I want to talk about a collection of short stories/board game combination.

I hope you find it interesting! 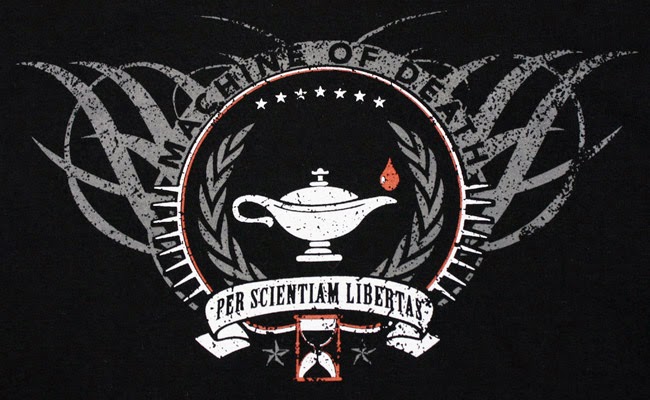 Machine of death is a concept created by Ryan North in his Dinosaur Comics, which expanded into books and a very peculiar board game.

The concept is this: A machine was invented that tells you how you will die. Not when or where, but how. Upon receiving a small blood sample, the machine would print a card with a few words detailing how the person would die. However, the machine seemed to delight on vagueness and irony.

For instance, if you got a card saying "Old Age", you could die indeed of old age, or you could die via an elderly person hitting you with a cane. No matter how the death was, though, it always related to the content of the card.

This, on itself, is an interesting concept enough, and it was expanded upon via two collections of short stories. A machine like this would change a lot of things, from how we see mortality and religion, to simple things like how we socialize (Meeting sessions where people have their Method of Death on a sticker instead of "Hello my name is" comes to mind!), and many of these aspects are explored in the books.

The short stories vary wildly between humour and drama. Where one story is about a man who gets "Devoured by lions" and decides to turn his life around to make sure the lions have the best darn meal they've ever had, to a story about a man in charge of running the only Machine of Death in town, and how it affected his psyche, though my personal favourite was about a mad engineer that knew his plan would work because his card implied he'd die in the aftermath of his plan.

Then there's the other element to this madness, which is how assassins now have a much more complicated line of work, for they not only have to make sure the person dies, but they have to find out what their marks have on their cards, and work with whatever the card says. From this issue comes the board game. 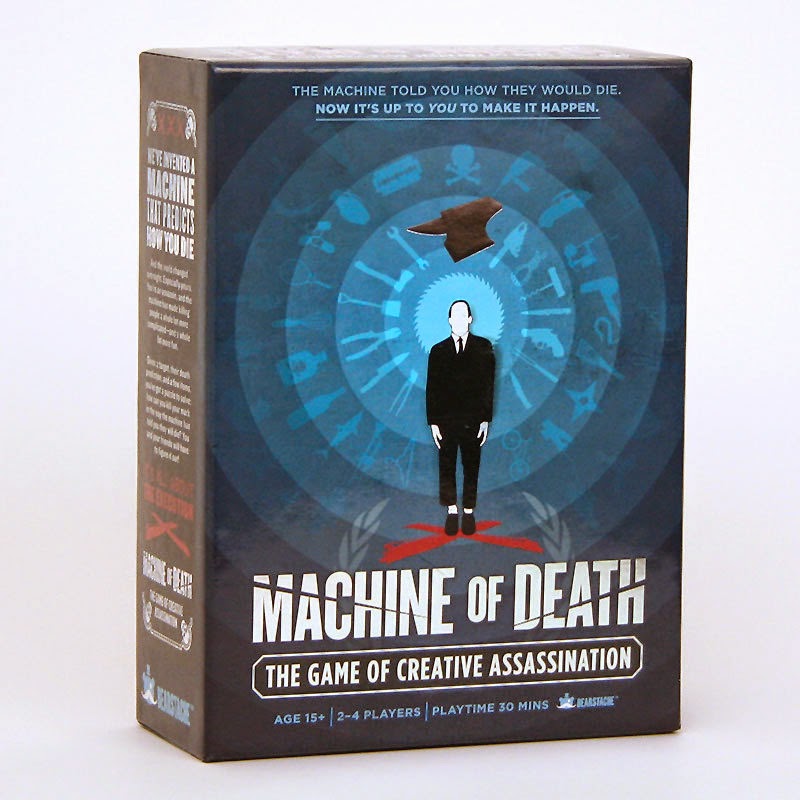 The board game has many different game modes, but the main one puts you and your fellow players in the shoes of  assassins, and you have to come up with crazy methods to make sure that your mark dies, despite (or thanks to) his death card.

It is zany, it is slightly morbid, and it is hilarious.

If anything, the Machine of Death is a way to look at death and how it affects all of us, and how little and how much the world would change should a machine like this were to be invented.

I hope you can give the books a try, and should you like them, the board game as well!

Let me know what you think!

Have a wonderful week, and keep on dreaming!